Garmin’s powerful VHF 110i and VHF 210i AIS marine radios have been designed for both OEM and aftermarket applications.

The VHF 110i is Garmin’s entry-level radio, offering 25W of transmit power and Class D Digital Selective Calling (DSC) compatibility via NMEA 2000. In addition to dedicated buttons and knobs for ease of use, the VHF 110i features three soft keys that allow boaters to intuitively see and select the information they want, while eliminating the clutter they don’t. The VHF 110i also features Position Tracking, which allows boaters to locate and keep tabs on up to three boats that also use a Garmin system.

For boaters wanting to take advantage of the Automatic Identification System (AIS), the VHF 210i AISincorporates all of the features mentioned above and adds a built-in AIS receiver for improved situational awareness and greater confidence on open water. With 25W of transmit power, the VHF 210i AIS also comes standard with a two-way hailer system that can be connected to a hailer horn or external speaker on the deck or tower for onboard communication. Like the VHF 110i, the VHF 210i AIS provides standard DSC functionality, including distress calling and direct calling with user-programmed Maritime Mobile Service Identity (MMSI). 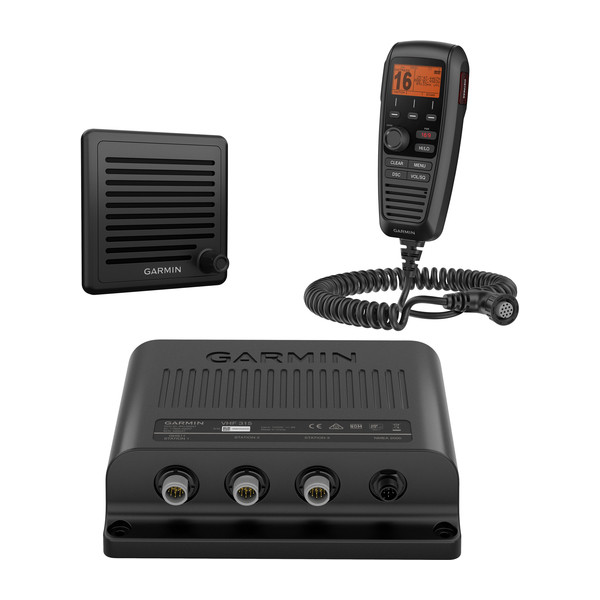